Both a valid hunting license and upland game bird stamp/validation are needed to hunt pheasant, turkey, and dove. An upland stamp/validation is not required for junior license holders but all hunters are required to have a Harvest Information Program (HIP) validation when hunting migratory game birds.

Since 2012, CDFW has funded scientific research into California’s wild pheasant decline using money from the purchase of upland game bird stamps/validations. The latest findings point to a combination of factors that include changing agricultural crops, upland habitat loss, predation, competition from other species, warming temperatures and pesticides as contributing to the pheasant decline in recent years.

Still, the wild pheasant opener on the second weekend of November remains a popular tradition for many families and an important economic event for some rural communities.

The good news is that some of the best remaining wild pheasant habitat in California is found on state wildlife areas and federal wildlife refuges open to public hunting. Bagging a wild rooster pheasant requires dedication, knowledge, and skill, but the end reward makes unmatched table fare.

These areas are all open to pheasant hunting on their normal Saturday, Sunday and Wednesday waterfowl hunt days. The Upper Butte Basin Wildlife Area and the Gray Lodge Wildlife Area will remain open the first Monday of the pheasant season – Nov. 12 – to provide additional hunter opportunities.

Type A wildlife areas in the San Joaquin Valley – Los Banos, Mendota, North Grasslands and the San Luis National Wildlife Refuge – will be open for pheasant hunting on Saturdays, Sundays, and Wednesdays only during the pheasant season.

Please check with the individual property for specific details and regulations on each area.

Nonlead ammunition is required when hunting pheasants anywhere in the state, except on licensed game bird clubs.

The chance to provide a wild turkey for Thanksgiving dinner is a strong motivation for many fall turkey hunters. The fall season runs from Saturday, Nov. 10 through Sunday, Dec. 9, and – unlike in the spring season – both males and females may be taken. The daily bag limit is one turkey of either sex with a season and a possession limit of two birds.

Three subspecies of wild turkeys can be found in California – Rio Grande, Merriam’s and eastern – with Rio Grande being the most widespread. Wild turkeys inhabit most counties in California. Shooting hours are from one-half hour before sunrise to sunset.

Nonlead ammunition is required when hunting turkeys anywhere in the state unless the turkey is taken on the grounds of a licensed game bird club.

California’s second dove season runs from Saturday, Nov. 10 through Monday, Dec. 24. Although lacking the fanfare and tradition surrounding the Sept. 1 opener, the second season offers cooler weather, fewer crowds and the chance for a mixed bag of species – quail and rabbit, for example – that often share the same habitat.

Limits remain the same as the early season: Mourning dove and white-winged dove have a daily bag limit of 15, up to 10 of which may be white-winged dove. The possession limit is triple the daily bag limit. There are no limits on spotted dove and ringed turtle dove. Hunting for Eurasian collared dove is legal year-round and there is no limit. Shooting hours are from one-half hour before sunrise to sunset.

Get The Reed Quiver by Bend-Able Products 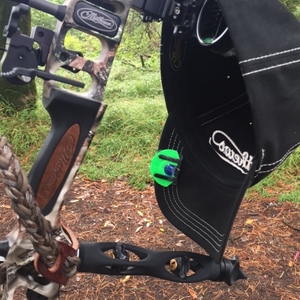 Using Fishing Beads for Trout has never been better! 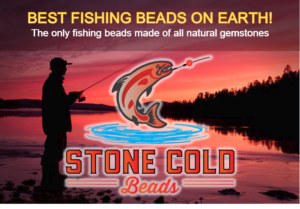